Inaugurating for the first time in Australia, Melbourne will the 14th host city to continue a 16-year legacy. The World Toilet Summit will commence a day after the pathbreaking UN World Toilet Day on 19th of November. The conference will present 8 Keynote Speakers, 18 Presentations, 2 Workshops, Trade Expo and a Welcome Reception on November 20th.

Thanks to our sponsors

The Australian Water Association has called for the submission of scholarly papers for the 2017 World Toilet Summit on the following key themes:

Submissions are now closed. For more detailed information on each of the key themes, please contact Nasha at nasha@worldtoilet.org.

The World Toilet Summit 2017 will feature a dynamic mix of keynote speakers from across the globe. All speakers will be announced over the coming weeks, leading up to the summit.

For ‘creating good will and bringing the subject into the open’ and ‘mobilizing national support in providing on-the-ground expertise’ Jack Sim received the Schwab Foundation award for Social Entrepreneur of the Year in 2001. In 2007, Jack became one of the key members to convene the Sustainable Sanitation Alliance composed of key players for sanitation. He is an Ashoka Global Fellow, and was named one of the Heroes of the Environment for 2008 by Time Magazine.

Widely known as Mr. Toilet, Jack broke the global taboo around toilets and sanitation by bringing it to centre-stage with his unique mix of humour and serious facts. Keynote Title: “What does the WaterAid 2017 ‘State of the World’s Toilets’ Report reveal?”

Using the new JMP figures, the WaterAid 2017 World Toilet Day report will look at the state of the world’s toilets. It will include the impact this has on women and girls throughout their lives. The report will have five ‘top ten’ lists on access to sanitation and the prevalence of open defecation, alongside case studies of women at different stages of their lives in a range of countries.

This year’s State of the World’s Toilets report shows 2.3 billion are still without access to basic sanitation. By examining where in the world is hardest to find a toilet, and where there has been the most progress, we can start to understand the massive challenges that exist around reaching everyone, everywhere with a decent, private toilet, as well as some of the innovative ideas being put in place to accomplish this. Studies also show that a lack of good sanitation affects women disproportionately throughout their lives – education, adolescence and menstrual hygiene, pregnancy, childbirth, menopause and old age, including for those with disabilities. Better health, education and gender equality cannot be achieved without ensuring the sanitation needs of women and girls are met and Rosie will also address this issue. 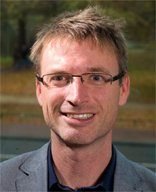 Mr Gordon oversees a global portfolio of water and health-related work ranging from the development of norms on drinking water and wastewater/sanitation to the global monitoring of access to WASH and the burden of disease. Prior to joining the water unit at the World Health Organization (WHO) in 2004, he contributed to WHO’s work on sustainable development with a focus on children’s health and environment. Rose George is an author and journalist. Her second book was The Big Necessity: Adventures in the World of Human Waste/The Unmentionable World of Human Waste and Why it Matters, published by Portobello (UK) and Metropolitan (US). Rose’s two TED talks, on sanitation and seafaring, have had nearly 3 million views.

She writes frequently for the Guardian, New Statesman, Scientific American, Rotarian and many others, and enjoys doing book reviews for anyone who asks. She has been war correspondent in Kosovo for Condé Nast Traveler magazine (for one day); reported on an alternative World Cup final in Bhutan between Bhutan and Montserrat (Bhutan won); and attended Saddam Hussein’s birthday party, twice. She has worked as a sanitation consultant for UNICEF India, the Bill & Melinda Gates Foundation, WSSCC and WASH United.